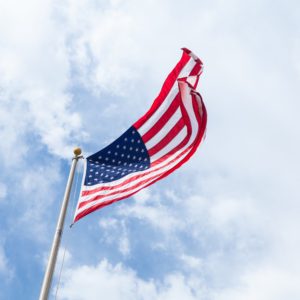 Janus vs AFSCME: Why You Should Be Concerned

Janus vs AFSCME: perhaps the most monumental court case regarding unions in the past 40 years. This case, brought on by an Illinois child welfare worker, challenges the constitutionality of forced union fees, which is what unions charge non-members for their share of the collective bargaining process. His argument? It infringes on his right of free speech.

President of the Union Federation of Teachers, Michael Mulgrew, said this about the case: “The Janus case is paid for and brought to us by people who want to destroy unions so your benefits and rights can be taken away. As we brace for this challenge ahead, remember that all of us together are the union. Because we have stuck together, we have pensions, employer-paid health insurance, job security, due-process rights, a grievance process, and a voice in how our schools are run.”

Mark Janus is a child welfare worker employed by the state of Illinois. He declined membership of the union representing his workforce, American Federation of State, County, and Municipal Employees (AFSCME), but because of the the Illinois Public Labor Relations Act, he’s still required to pay the union an “agency fee” (roughly 84% of member dues) to keep his position. The idea behind forced dues is that he reaps the same benefits as union members, so he should also bear some of the cost of negotiating that contract.

Janus is arguing that he disagrees with a politician the union has endorsed, and on the basis of free speech, should not be forced to pay an organization he doesn’t agree with.

Here’s why this is dangerous thinking.

2.) A likely ruling towards Janus in this case will encourage freeriders and weaken collective bargaining. Because the union fights on behalf of its workforce and not of its members, all employees receive benefits gained from collective bargaining. If the Supreme Court were to side with Janus, it would rule that employees who do not wish to join a union will not have to pay dues. Instead, non-union members will receive all the benefits of a union for free.

Collective bargaining only works when workers come together for a common cause. One or two voices are easy for management to ignore, but an entire workforce is near impossible. If Janus wins, freeriders can opt out of the collective bargaining process, leaving unions unable to fight for increased wages and benefits.

“[Janus vs AFSCME] is really about an agenda to weaken and destroy unions,” said current president of the California Teachers Association Eric Heins.

David Frederick, the lawyer representing the union, said, “No one is precluding the right of [union workers] to speak publicly about their beliefs concerning merit pay [or] to lobby the Legislature. All we’re talking about here is an efficient means for the government to determine what its contract with its workforce is going to be.”