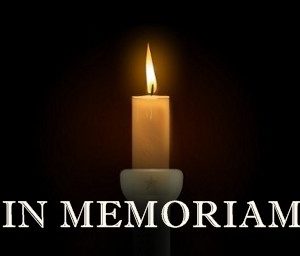 I’m saddened to announce the passing of two retirees this past week.

Dick Matczak passed away on January 5th at the age of 75.  Dick retired in the late 90’s with over 30 years of service, he was an IR tech at the time of his retirement working out of the Norton St. office.  The following arrangements have been announced.

Calling hours will be held:

Funeral Service will be held:

Brad Allen passed on Saturday, January 11th at the age of 70.  Brad was a Switch tech with over 40 years of service at the time of his retirement.  He passed away due to Mesothelioma, an occupational cancer, which progressed rapidly.

Calling hours will be held:

Funeral Service will be held:

On behalf of the Union, I want to extend our sympathies to both Dick and Brad’s family and friends.  They were both good members who participated and supported their Union.